The campaign sees resurrect its Eighties horror film parody series Jack!, with the launch of its first-ever piece of jewellery – the Stranger Bling necklace.

Taking cues from gothic jewellery, the Stranger Bling necklace is forged in oxidised 925 sterling silver – a precious metal that is believed to repel vampires and werewolves – and is hinged to replicate the opening and closing of a real sauce pot.

Spotlighting the inspiration and craftmanship behind the unique accessory, the necklace is featured in a striking new teaser film produced by Glacé Media and released ahead of .

An exclusive run of the Stranger Bling necklace is available to buy internationally at: Black Feather Design.

The limited-edition jewellery launch also pays homage to the Jack! film series, in which a possessed Jack O'Lantern pizza is defeated by the magical powers of Special Garlic Dipping Sauce and hero pizza delivery guy, Bruce.

Created exclusively for , Jack! was brought to life by LA-based YouTube film specialists, SKYCORP, harnessing cutting-edge CGI and SFX to transform seasonal Jack O'Lantern pizza into an on-screen villain. , best known for his role as Goku from , features as the chilling voice of Jack!

Fans of cult US horror directors and movies, including and The Evil Dead, will instantly recognise the film's dramatic cues, while the blood curdling laugh of the late horror film legend, , makes a posthumous appearance in Jack!

The new multi-channel global campaign will run in selected markets across , the , and this month.

range, including the Jack O'Lantern pizza, will be available to order in select markets via www.papajohns.com or via local ordering apps.

For more information about the campaign or any of the items available on the Papa Johns' menu, please visit PapaJohns.com

About
(NASDAQ: PZZA) opened its doors in 1984 with one goal in mind: BETTER INGREDIENTS. BETTER PIZZA.® Papa Johns believes that using high quality ingredients leads to superior quality pizzas. Its original dough is made of only six ingredients and is fresh, never frozen. Papa Johns tops its pizzas with real cheese made from mozzarella, pizza sauce made with vine-ripened tomatoes that go from vine to can in the same day and meat free of fillers. It was the first national pizza delivery chain to announce the removal of artificial flavors and synthetic colors from its entire food menu. Papa Johns is headquartered in and is the world's third-largest pizza delivery company with more than 5,500 restaurants in 50 countries and territories as of . For more information about the Company or to order pizza online, visit www.PapaJohns.com or download the Papa Johns' mobile app for iOS or Android. 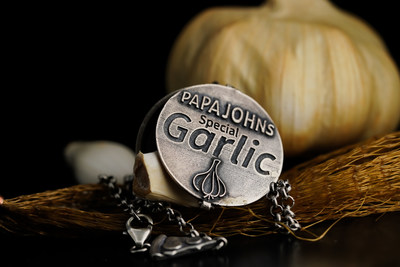